Here it is, your Boxwell moment of zen… dusk at the Amphitheatre, 2004.  Actually, this was from the Eagle ceremony of the Azer brothers of Stahlman staff.  Photo by Jeremy Gillard. 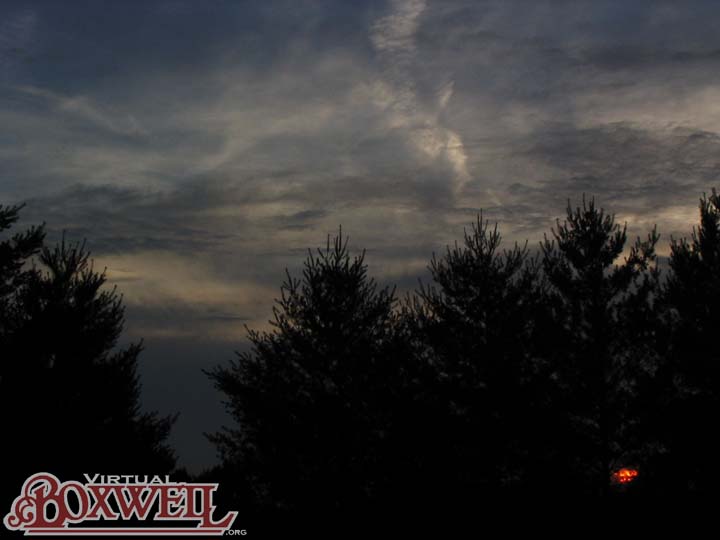 Dusk at the Amphitheatre, 2004

Every year the Council issues an Annual Report and has done so all the way back to 1921. Annual Reports are an attempt to be transparent about how the non-profit works.

Therefore, not surprisingly, there is a section on finance. There are reports of the Council’s major committees, such as the Camping Committee and the Health and Safety Committee. And, of course, there is always a page on properties.

This 1960 report from the Building and Finance Committee discusses the newly occupied Boxwell Reservation. As you can tell, not all of the plans worked out quite the way that they had hoped!

A page from the 1960 Annual Report

And here it is, your Boxwell moment of zen–Explorer Island from the docks of Parnell Waterfront.  Photo by Eric Cole, 1993. 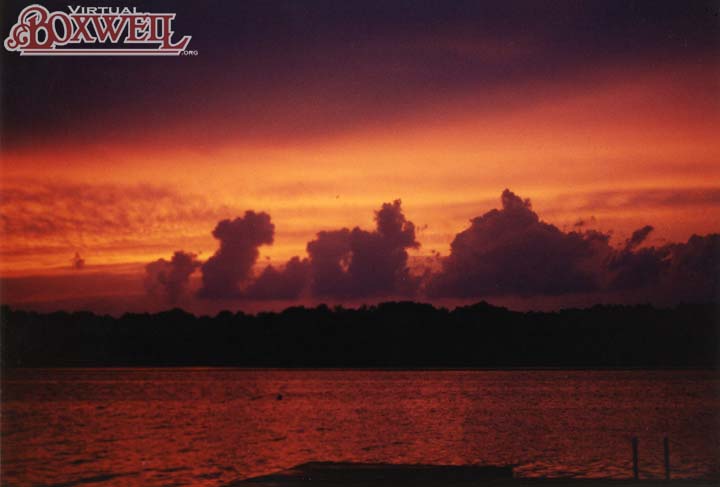 This particular little gem passes on some information many of you might not be aware of about Ward Akers and the original tent platforms. Listen to Tom Willhite explain to Russell Parham how things worked “back in the day.”


Russ: This ties a little bit with Mr. Akers, but is it true that as they were bulldozing the path he was out there telling them what trees to miss? I mean, was he…

Tom: Ward Akers was a real fanatic about trees. He didn’t want any trees trimmed. He liked the overhang of trees into the road. It finally, it eventually got so bad that you couldn’t get a truck, a big semi up through there and they’d knock ‘em off. So, once he retired, we started trimming the trees on the road, some of ‘em, but we always kept the trees growing close up to the road cause that was what… it made the camp look real good. Eventually, we, when it was… when they built the camp, he would tell ‘em, don’t touch that tree! Don’t touch that tree! And we’d, they’d mark ‘em and they’d run the road there into the camp. And the campsites were the same way. When they brought the big old wooden platforms in, back in the early years of ’60, ’59 and ’60, they had to dodge trees and put ‘em in the woods, in the sites, heavy oak platforms is what they had originally.

Russ: Well, did he actually walk in front of bulldozers? I mean, I’ve heard that…

Tom: And over the years, we replaced platforms many, many times and now, of course, all the platforms are the treated wood and last quite a bit longer. The original wood platforms that were put in were the oak, were number one stuff and they lasted a long, long time. Until the early ‘70s. Up in the ‘70s we were still using some of them, cause they were such quality wood. You can’t buy that kind of wood anymore, so we had to go to treated lumber.

And here it is, your Boxwell moment of zen–another view from the Crab, this time in color.  Photo by Michael Seay, mid-1970s. 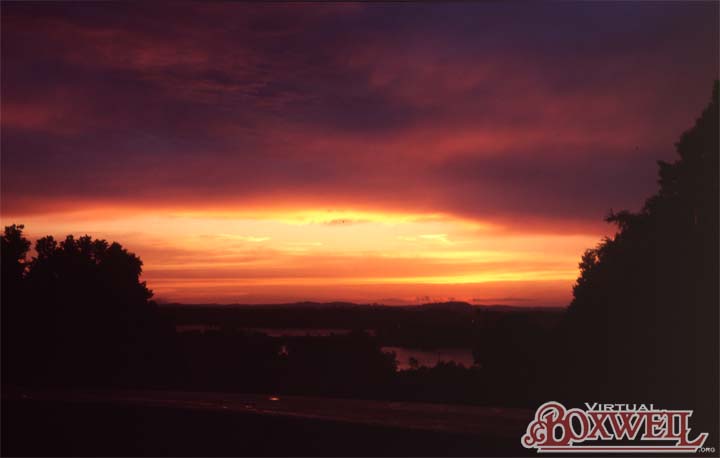